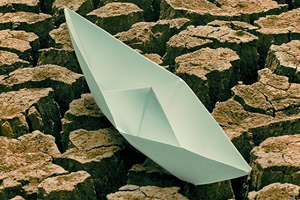 Greenhouse effect these gases are up to 70, up to 25, carbon dioxide up to 9, methane at most 7 and ozone at most XNUMX. They consist of natural means. However, as a result of various activities of people, there are ups and downs in these gas levels. However, the excessive fluctuations in these ratios are gradually losing the effect of greenhouse gases, which may cause poor results for the earth.

The consequence of this is that climate change, countries, industrialists and people are concerned about the future. Climate changes, on the one hand, have negative effects on people and natural systems on the other. This is a threat to resource use, production and economic activities. For this reason, international, national, regional and local initiatives are being carried out and implemented in order to limit greenhouse gas density changes in the world atmosphere.

Such measures for greenhouse gas are intended for the calculation, monitoring, reporting and verification of greenhouse gas emissions. Among these measures, the largest international study is ISO 14064 standards.

ISO 14064 Greenhouse Gas Calculation and Verification Management System it offers a range of tools for both industrial companies and the state to develop programs to reduce greenhouse gas emissions. This system also helps companies operate in accordance with the emission trading scheme.

Working according to international standards for industrial companies provides market advantage, increases reliability and demonstrates that the company is environmentally friendly and operates in this way. All of this brings a competitive advantage.

is a series of important standards prepared for use as a guide.

International Standards Organization The ISO 14064 Greenhouse Gas Calculation and Verification Management System standards issued by the company are aimed at reducing greenhouse gas emissions on a voluntary basis and have a neutral policy.

Studies on these standards were initiated in 2002. In these studies, the lack of an international standard to enable industrial companies to take action against the increasing public interest in climate change has been effective. Based on this, it is intended to prepare standards for the purpose of calculating, reporting and verifying greenhouse gases. It has been tried to be technically strict but politically neutral. In addition, 45 experts from 175 countries participated in these studies. Finally the ISO 14064 Greenhouse Gas Calculation and Verification Management System standards, published in March in 2006.

For a standard industrial company, there are three main elements for the greenhouse gas emissions inventory:

A company is responsible for all calculated greenhouse gas emissions for facilities under its own financial and administrative control.

A number of mandatory arrangements are made on official ways to monitor, report and verify greenhouse gases. However, companies other than those compulsory systems also demand the monitoring and reporting of their emissions. This is commonly referred to as the company's carbon footprint. The ISO 14064 Greenhouse Gas Calculation and Verification Management System standards were born from these demands.