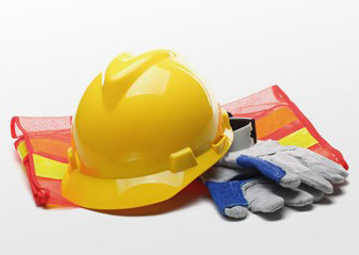 Despite all the measures taken, despite all the possibilities of technology used and the employees are trained to educate about occupational health and safety, unfortunately, the work accidents can not be taken in front of them and because of these accidents or occupational diseases thousands of people die or become disabled.

According to figures released by the Ministry of Labor and Social Security in July of this year, the death rate in work accidents is 100 in 8.8 thousand persons. However, this figure is estimated to be much higher in reality due to unreported events. This year, the Ministry of Labor and Social Security is conducting a program called National Mobilization, Occupational Health and Safety at Vision Zero. The ministries visited all cities starting in January and published a declaration in this regard, aiming at resetting occupational accidents in all sectors, particularly in the construction sector. In this context, enterprises are brought together, events, developments and suggestions are taken into consideration.

In this context, the main tasks that the employees working in the field of occupational health and safety will take to prevent occupational accidents and occupational diseases in working life are:

Personnel working in the field of occupational health and safety also undertake the following responsibilities:

Occupational accidents resulting in death occur largely in the construction sector (40). This sector is followed by the mining and metal sector. However, it is a fact that great improvements have been achieved in recent years. 2002 100 in 16.8 is the XNUMX in a thousand people. Considering that the number of employees has also increased considerably, this decline is of great significance.

While the positive developments in occupational health and safety are experienced with the works of the official institutions and the legal regulations, new management systems and new standards are being developed. The biggest study on this issue is the ISO 45001 Occupational Health and Safety Management System standard. The preparatory work on this standard was initiated in April by the International Organization for Standardization (ISO). The new standard will in fact replace the existing OHSAS 2014 standard.

The first draft of the ISO 45001 standard was published in August of 2015. However, it was not accepted in the first vote. Then a second draft was prepared and submitted to the approval of the committee again, this time the draft was approved and the general clauses of the standard were adopted.

The 45001 standard was planned to be published in September, but the work is still in progress.

The ISO 45001 Occupational Health and Safety Management System standard will provide a significant benefit for preventing occupational accidents and preventing occupational diseases, which is a major burden on businesses. This burden on both the businesses and the national economy emerges as insufficient personnel, losses due to early retirement and rising insurance premiums. The ISO 45001 standard establishes a framework for businesses and reduces the burden on businesses in order to reduce the working environment risks, increase the safety of employees and create more reliable working conditions. It also monitors system approaches such as the ISO 9001 Quality Management System and ISO 14001 Environmental Management System, which are recognized worldwide. The main structure of the ISO 45001 standard is based on the structure called the Annex SL, which forms the roof of all quality systems and consists of 10 material.

When the ISO 45001 standard is issued, the current OHSAS 18001 standard will be eliminated. For companies with OHSAS 18001 certification, the validity of this document will continue for some time, but it will be necessary to convert to ISO 45001 within a certain period of time.

The OHSAS 18001 standard, which is the basis for this standard, has been published by the British Standards Institute in 1999 and this is a standard that helps fulfill the requirements of legal regulations.